Abandoned: The cats their owners can’t afford to maintain as cost of living crisis bites — after helping them through the loneliness of lockdown

By Natasha Livingstone For The Mail On Sunday

These are the faces that helped their owners through the loneliness of lockdown and its aftermath.

But all have now been handed in to shelters – because their cash-strapped families, hit by the cost-of-living crisis, can not afford them.

Battersea Dogs & Cats Home said that 148 cats have been surrendered to it ‘for financial reasons’ this yr, double the number compared with 2021.

Pictured: Dustin 2-month-old male tabby and white kitten gifted to Battersea his as owners were not capable of take care of him.

Many, it said, were lockdown pets and their owners had underestimated how much they’d cost to take care of.

Bridie Williams, Battersea’s rehoming and welfare manager, said: ‘Persons are concerned about rising living costs into the winter and fear that they will not have the option to afford to take care of their beloved cat.

‘Often the owners are devastated and undergo a grieving process because they’re losing their cat. It’s a really emotional time for them.’

Battersea said it had not noticed a change within the variety of dogs being handed to its shelter in South London.

Lots of the cats that find yourself in its care are strays, but last yr 5.9 per cent were from families who could not afford their pet.

In the primary six months of this yr, that number has reached 9.6 per cent – and that is before energy bills begin to skyrocket this winter. 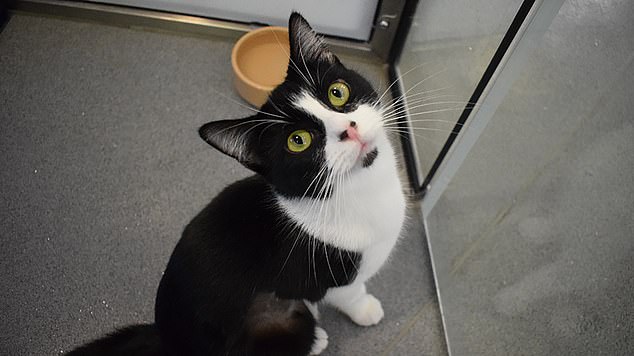 Pictured: Magpie 2-year-old black and white female Magpie was dropped at us in April as her owner discovered she had fallen pregnant and was unable to cover the prices of managing her pregnancy and caring for the kittens 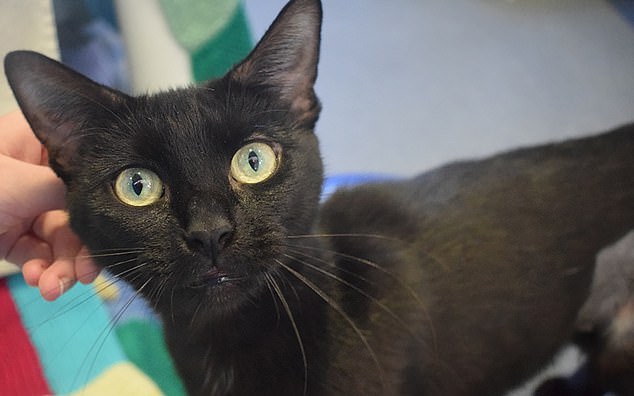 Pictured: Nori 2-year-old black female Nori was brought into Battersea along with her 5 kittens in tow in April, as her owner could not afford the prices related to caring for a pregnant cat

Amanda (not her real name) found her two cats were an enormous support during lockdown but was forced to present them up in June for financial reasons.

She said: ‘I used to be struggling to afford things and I didn’t want my cats to suffer, so it was best to seek out them a greater home.

‘I struggle with mental health and the cats were an enormous a part of my life, so it was upsetting to do away with them.’

Ms Williams added that Battersea is taking twice as long to rehome cats because individuals are wary about rising costs and hesitant to tackle an added financial responsibility. 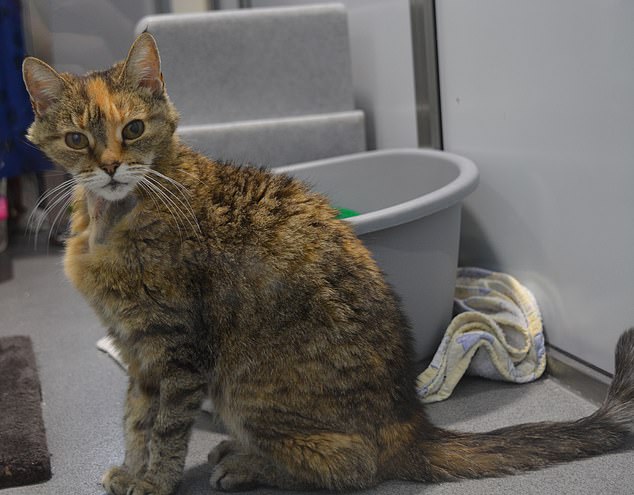 Pictured: Tibby 14-year-old cat, with brothers who were brought into us as their owner was not capable of take care of them

Cats Magpie and Nori, each two, were surrendered after becoming pregnant, with their owners saying they may not afford to maintain kittens as well.

Ms Williams added: ‘People think that cats are cheaper than dogs, but in the event you are doing the bare basics, a cat will cost about £1,500 a yr.’